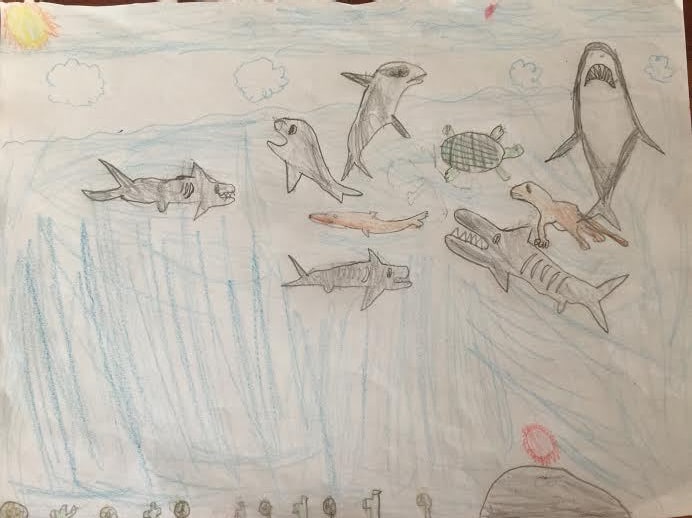 (Brendan is seven years old and a shark lover)

Did you know that coconut trees kill more people than sharks? Sharks only kill 10 people a year, and people kill 10,000 sharks a year! Sharks get confused. They think we are seals.

Here is an example: When you are lying on a surfboard, they think we are seals and seals are sharks’ favorite food to eat.

Did you know the biggest shark is the Whale shark? And the smallest is the Lantern shark. Sharks are not dinosaurs but the shark species has lived longer than dinosaurs have.

Here are some types of sharks: Lantern shark, Goblin shark, Lemon shark, Nurse Shark, Great White shark, Whale shark, Bull shark, Hammerhead shark, Tiger shark, Macho shark, Thresher shark. If I told you all of them you would be reading this blog all day!

Have you ever wondered how sharks go to the bathroom? Well, I am going to tell you. Sharks pee though their skin and they poop between the pelvic fin.

Sharks have more than 300 teeth so it would hurt if they bite you. Sting rays are related to sharks. Do you know what type of animal a shark is? It is a fish. Sharks have to keep moving while they are sleeping because they have to keep water pumping through their gills. Most of a shark’s body is made out of cartilage. 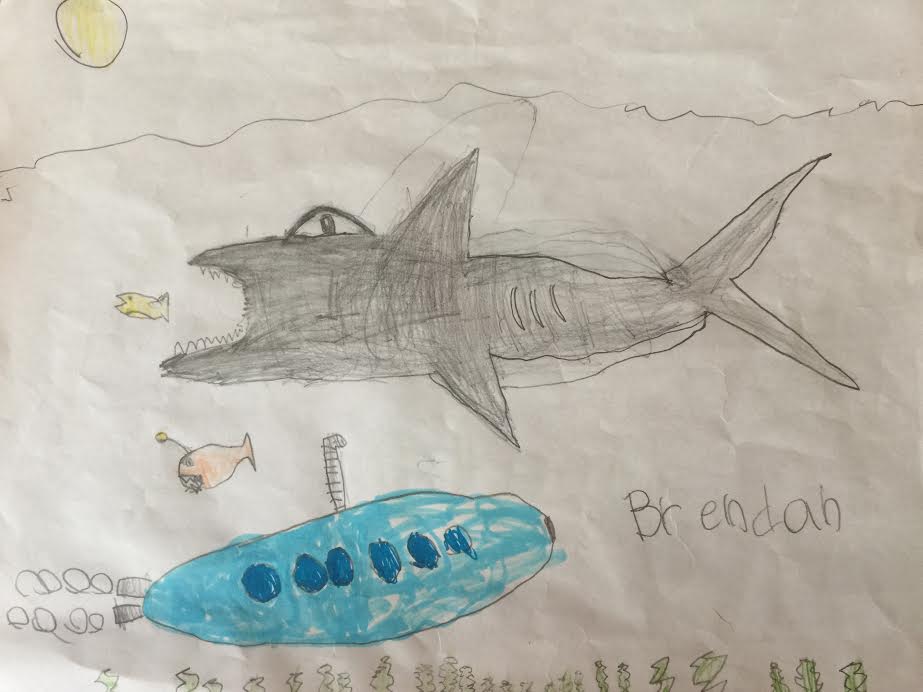 Did you know Bull sharks can go in fresh and salt water so they can breathe in lakes and the ocean? Sharks grow up to 12 feet.

If we keep polluting a lot of sharks, dolphins and whales will die. Give a hoot. Don’t pollute. People say there will be more plastic in the ocean than fish by 2050. Don’t let that happen!